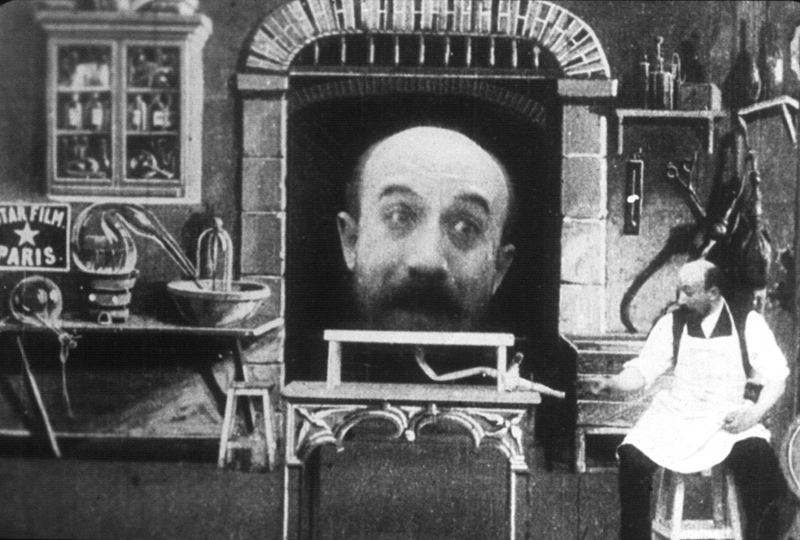 Georges Méliès (1861-1938) was the man who created a world of wonder never seen before. As a young boy he fabricated cardboard puppet theaters and marionettes. Later as a trained illusionist he created his own magic tricks and special effects for performances at his own theater. He was also the director, producer, writer, set and costume designer.  After seeing a demonstration of the Lumière brothers’ cinematograph he was blown away. Fascinated with this new technology he built his own camera and went on to become one of the great innovators of early cinema, using creative tricks like multiple exposure, time lapses, dissolves and hand-coloring the negative for his fantastical movies. During his life he directed more than 500 films, one of them the delightful A Trip to the Moon.